To get people excited about the third season of HISTORY's VIKINGS, we launched four #HashtagRaids, inviting fans to join our assault on popular hashtags. We created www.HashtagRaids.com, populating the site with new VIKINGs memes and .Gifs for fans to use as “weapons” during the #HashtagRaids.

To start it off we made a Supercut of all the battle cries from the first 2 seasons to get die-hard fans pumped for the premiere and to join the Raids. Then we leveraged stars of the show and influencers to participate across all of their social channels.

The activation lead to HISTORY’s best season premiere to date - with 4.6 million viewers tuning in for the season 3 premiere vs. 3.6 million in the previous season. 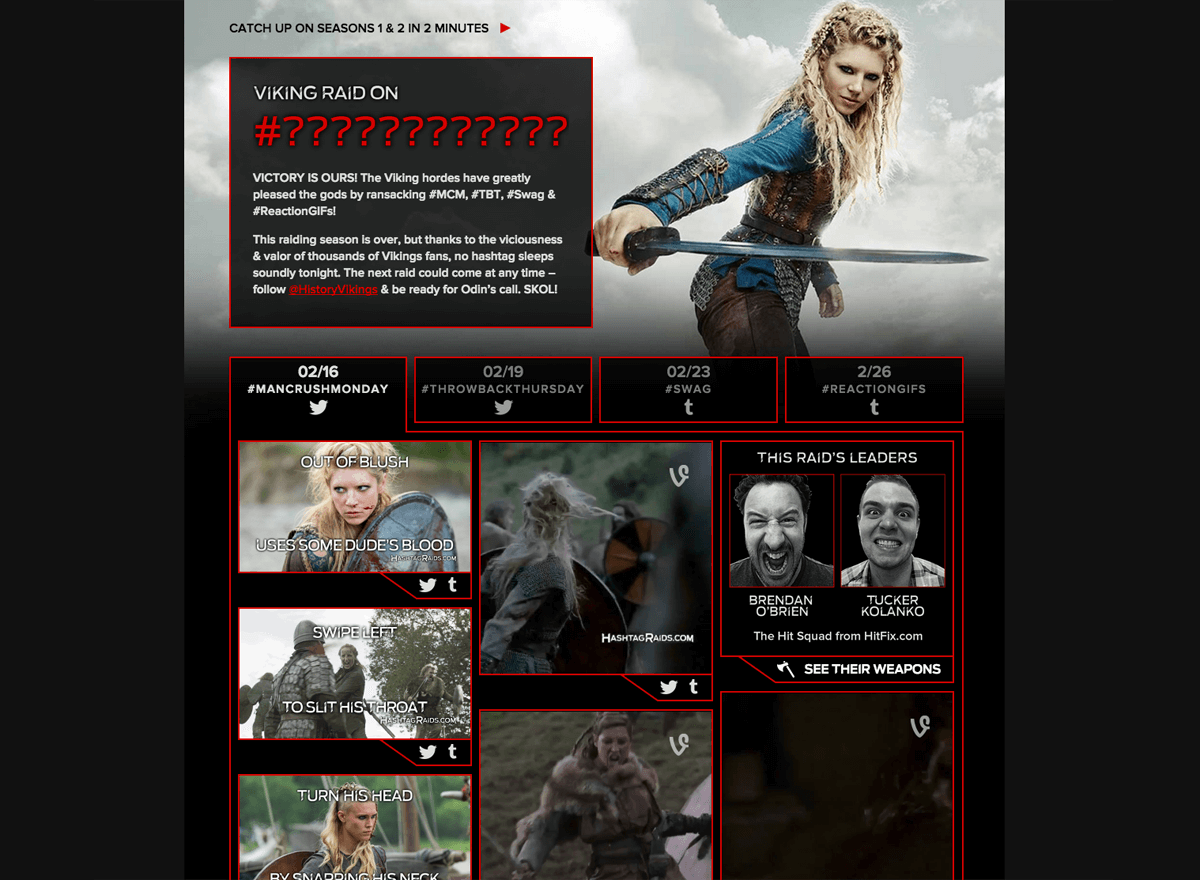 Born in Chicago. Grew in NYC. Live in ATX.
I like making things, having ideas & seeing around corners.