We remixed the sounds of Toyota’s world-renowned production process with 45 different animated GIFs. Then made Gifony.com and let people use those .GIFs to create their own songs and music videos.

Each GIF captured a part of the manufacturing process of a Toyota Corolla. Users could create their own songs and music videos using the GIFs creating a Gifony. After making their own Gifony, users could download a MP3 or share it on Facebook, Twitter and Soundcloud.

Also, an installation showcasing the remixes was featured at different Auto shows around the country. 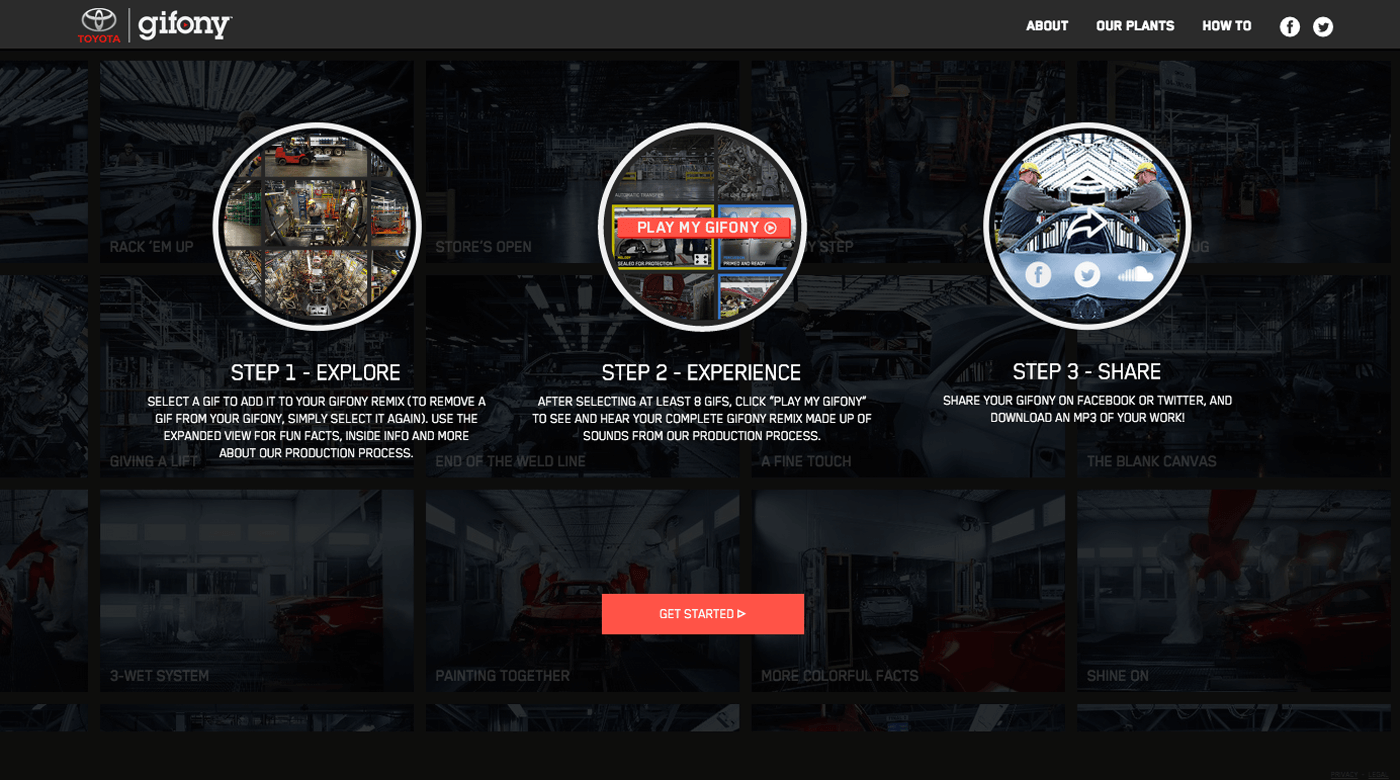 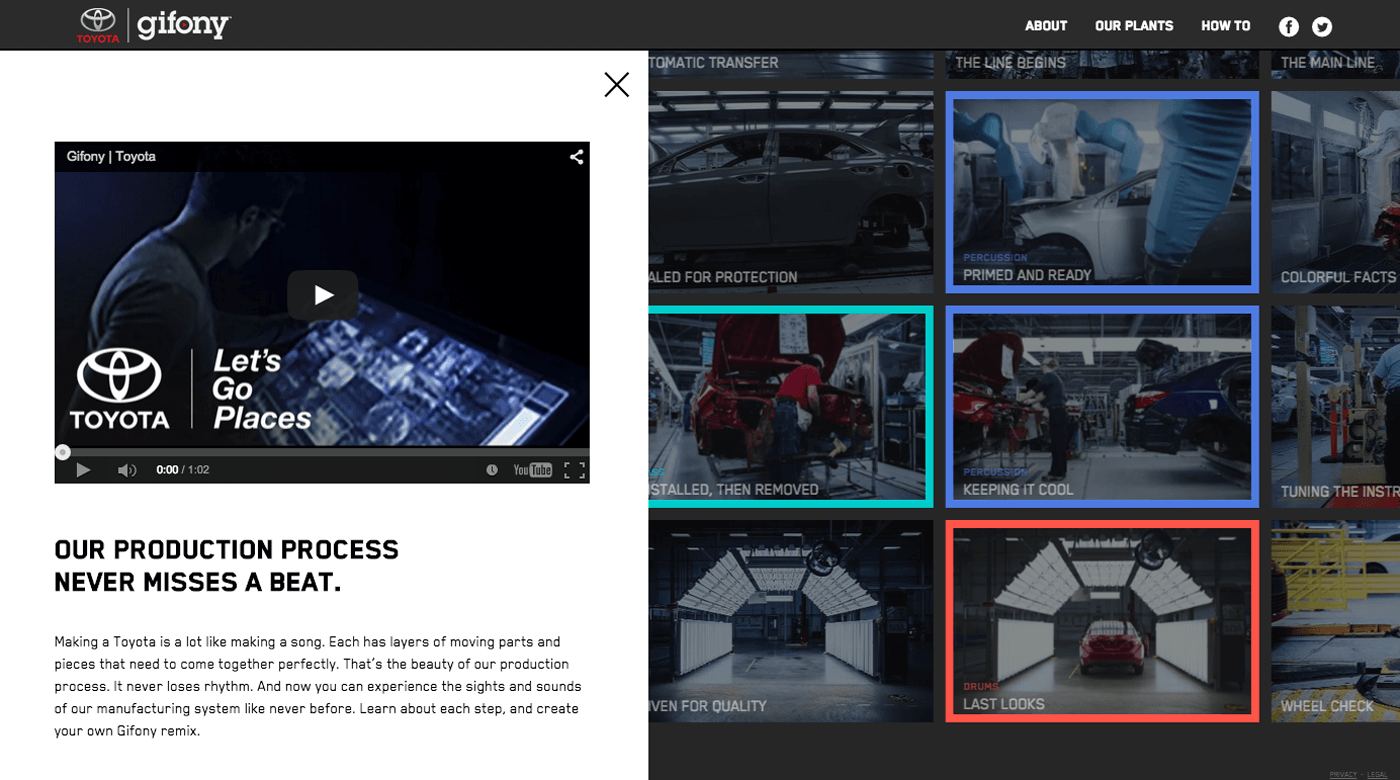 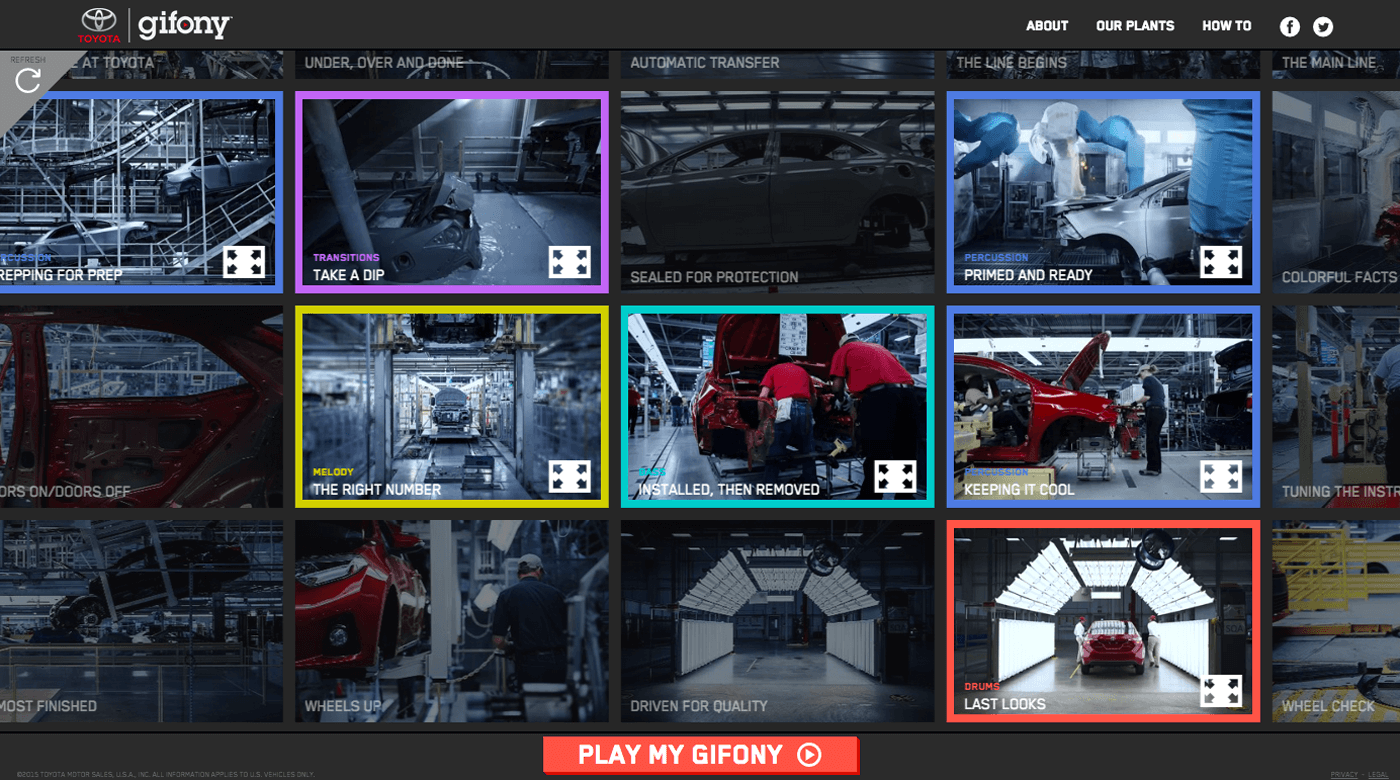 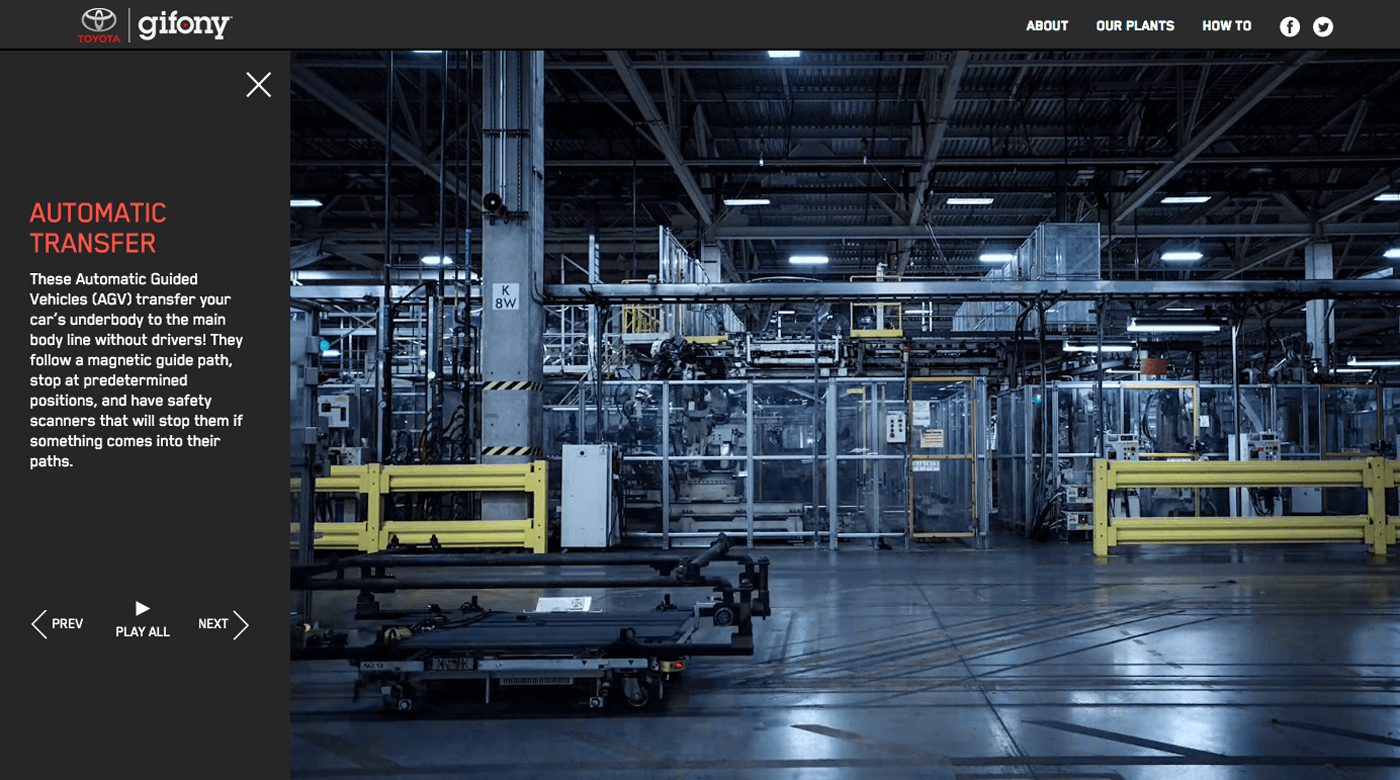 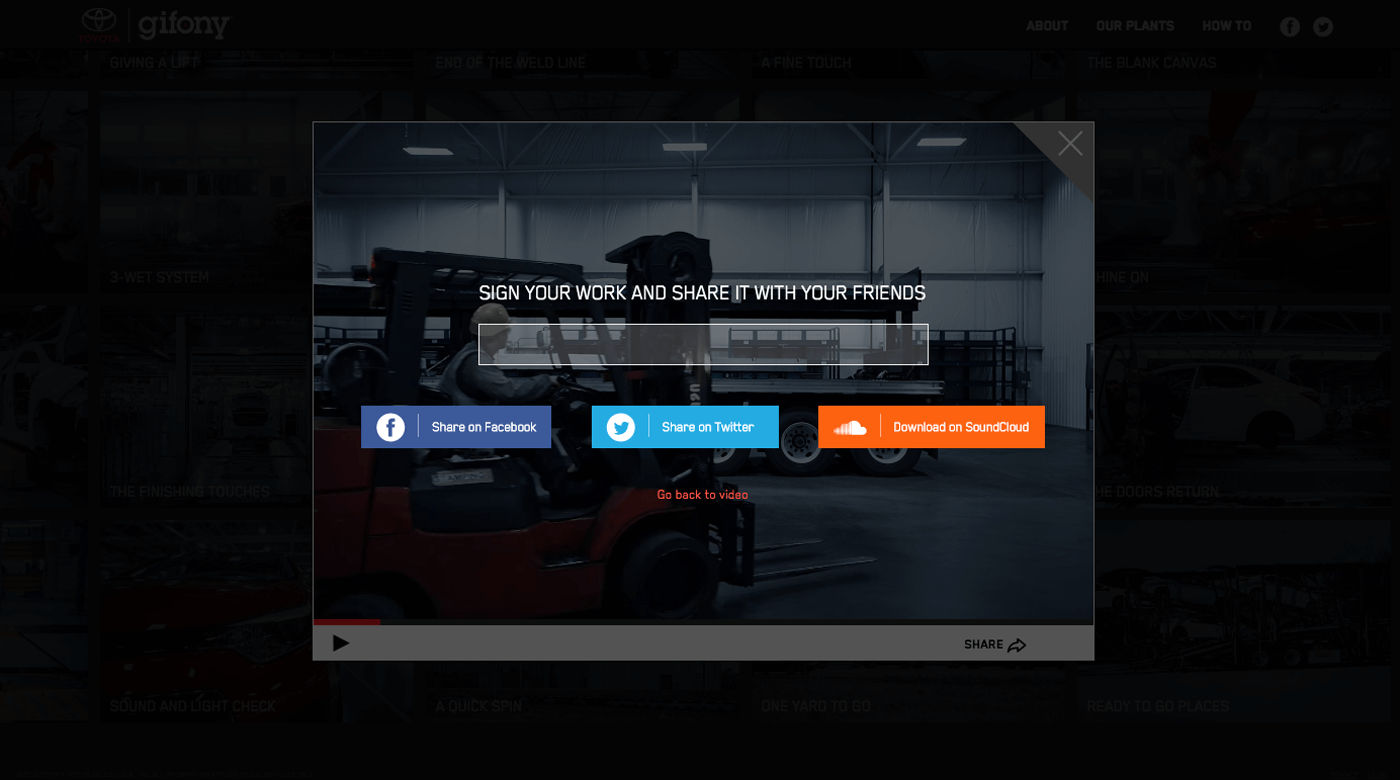 A traveling installation at Auto Shows allowed people to make their own remixes. 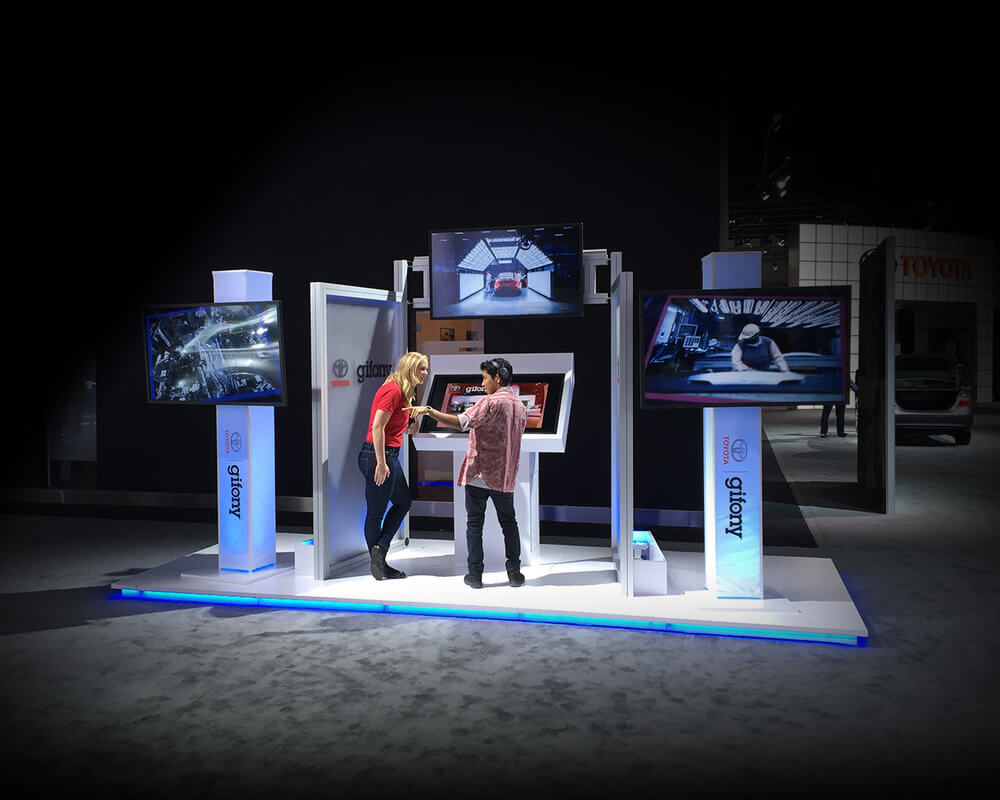