We launched BeautifulDeath.com, an illustrative countdown of the most iconic deaths of Game Of Thrones leading up to the Season 4 premiere.

To showcase the recreations, we built a highly customized Tumblr that let fans peruse the artwork as it was released. Additionally, super-fans could submit their own work for a chance to be showcased along with others.

My role was Interactive Art Director for the website. Robert Ball illustrated the posters 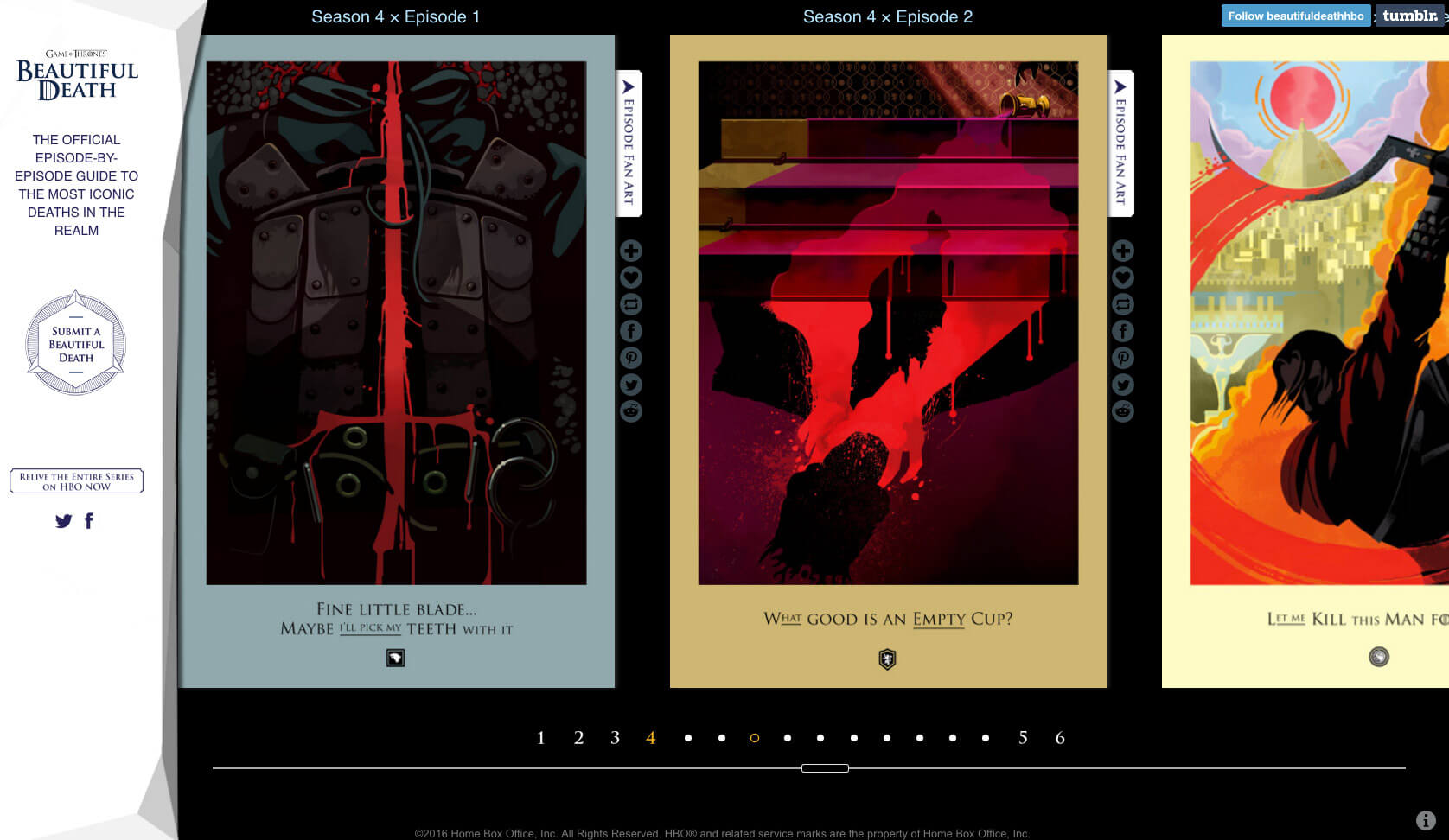 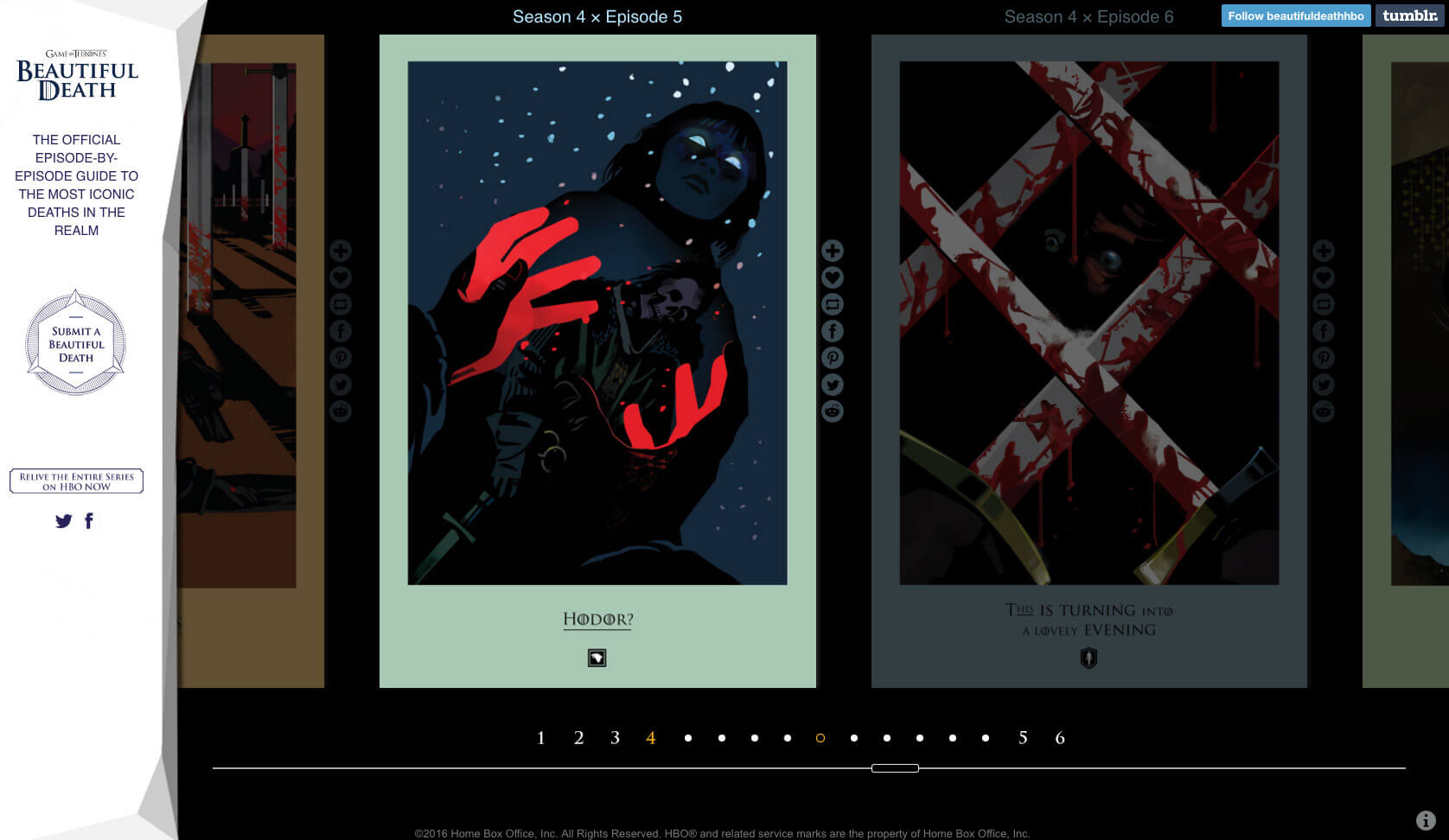 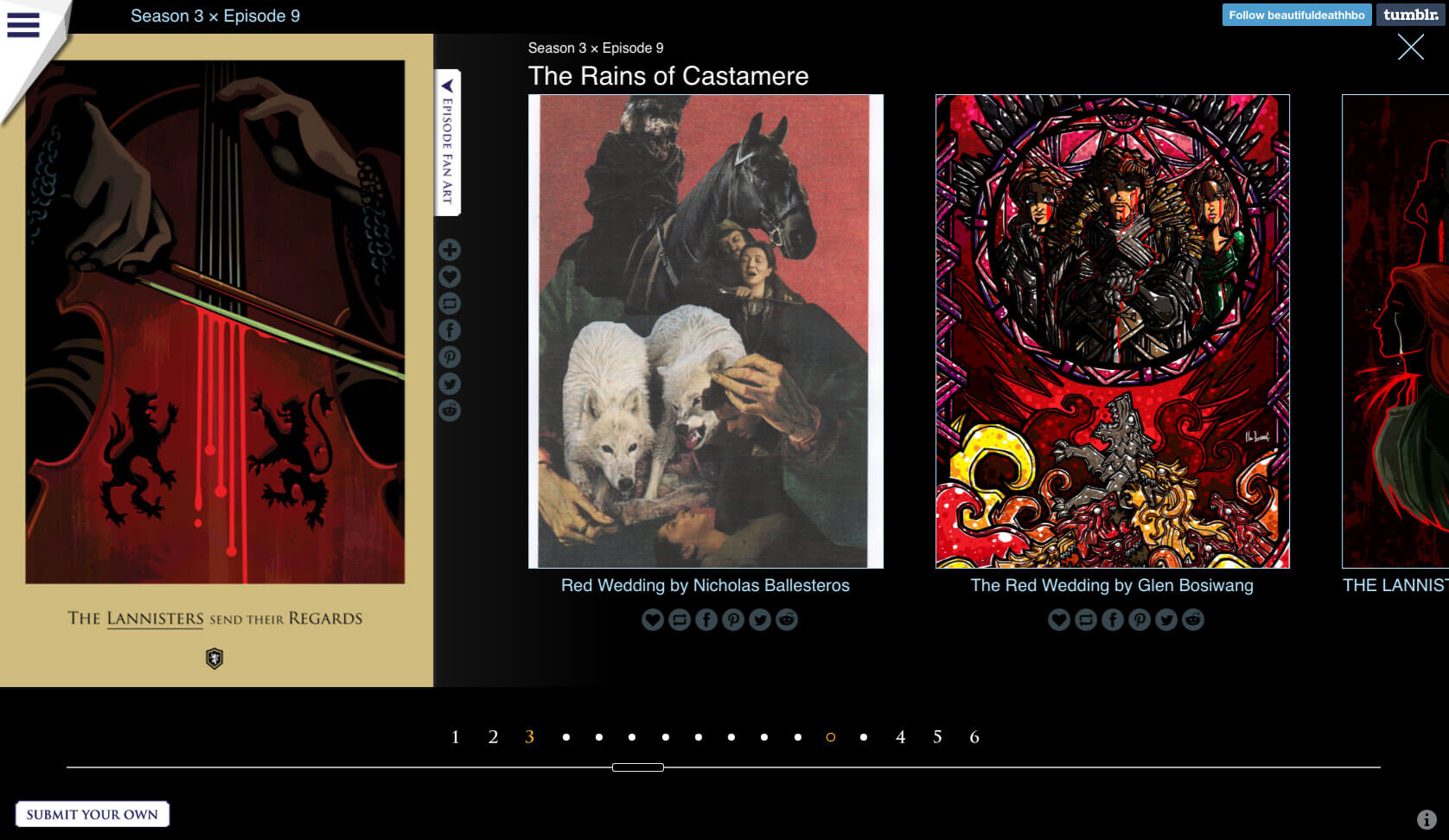 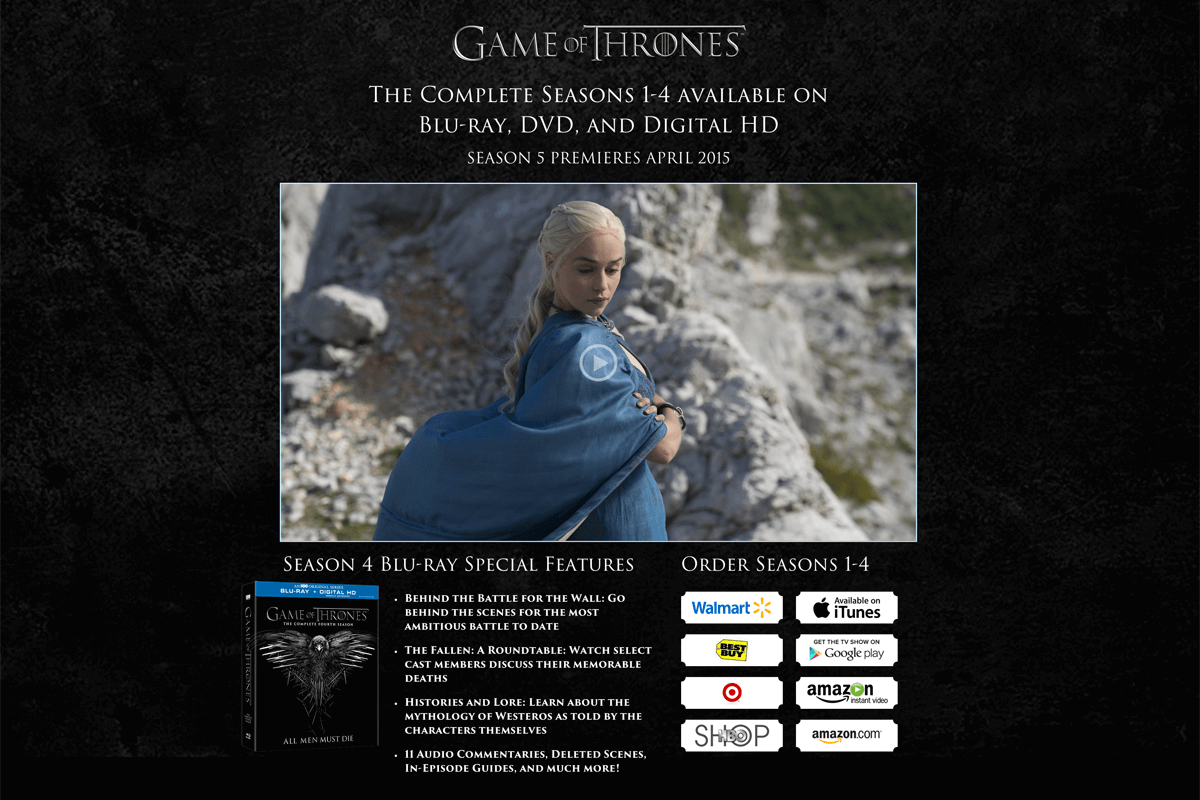